The Great British Sewing Bee is over for another year, but former contestants don’t rest on their laurels and continue to inspire sewers and future sewers alike.

Following the end of the series of The Great British Sewing Bee, many contestants have gone on to share their skills – to teach crafting to others, not only via workshops but also through live presenting, on Create and Craft TV.

Here’s what they have been up to… 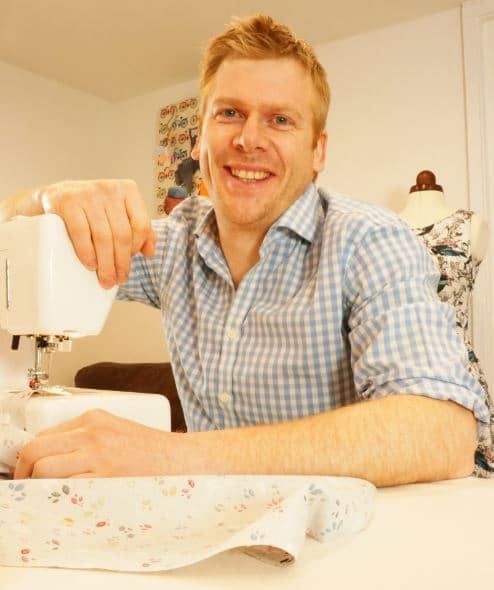 Believe it or not, I started sewing when in the army and had to upkeep my kit. I haven’t really looked back!  Since my time on The Great British Sewing Bee (GBSB), I’ve been busy doing lots of fun and exciting projects. My time on GBSB made me feel very at ease with seeing myself on screen, so I’m extremely lucky to be able to continue that theme by teaming up with Create and Craft for some live shows, the whole team there make it such good fun it’s impossible not to smile. I have also written my first book, “Make it, Own it, Love it”. It was great fun working on all the projects and pulling them together with the help of a fantastic design and publishing team and my wife Gemma. The planned release date for the book is mid-October and I can wait for you all to tell me what you think. There’s a sneak preview of some of it here http://sewwhatsnew.co.uk/inspire/make-it-own-it-love-it/

Another fantastic privilege that I have is being able to attend live shows as well, it’s so much fun meeting and nattering to the nation’s most enthusiastic stitchers and crafters. I’m a regular visitor to the Crafting Live shows, the Twisted Thread – Knit & Stitch shows, Kirsty Allsopp’s Handmade Fair and also Children in Need Carfest organised by Chris Evans. 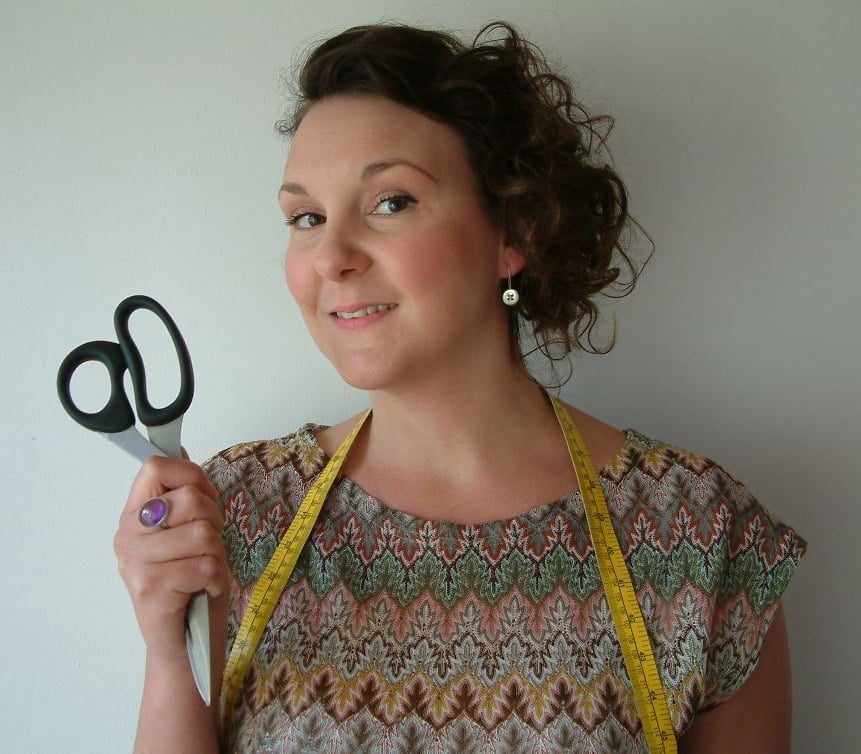 I cannot believe it’s been two years since I appeared on the Great British Sewing Bee series two and it’s turned into quite a whirlwind. I love receiving direct emails from viewers and their children telling me how much I have inspired them to get sewing. It was those emails the encouraged me to start a #sewingrevolution and it’s been a wonderful journey so far!

After the bee I started to run sewing workshops in my local area but this then expanded across the country, while also encouraging others to show off their makes on social media by using the hashtag #sewingrevolution. My determination to get the nation sewing was starting to spread into sewing magazines and events that I was taking part in. it was at an event that I first met Create and Craft TV and they wanted to help me share the #sewingrevolution with their viewers. It first started with ‘sewfabulous’ upcycled projects for their website and then I got to demonstrate live on air, which I absolutely love doing! We inspire people with creative projects and products live on Create and Craft TV, as well as working with big brand names like Korbond and Ariel on sewing projects for the web and events.

I finally quit my full time ‘normal’ job in October 2015, so now I get to put all my efforts into something I love. I now write regularly for different craft magazines and deliver presentations and seminars to the public and business as a sewing expert. I have worked on campaigns like #loveyourclothes to help encourage people to think twice about throwing clothes away but repairing and upcycling them instead.

But my passion lies in teaching people how to sew and sharing my skills with others, so live TV is the perfect home for me! I also continue to regularly teach workshops around the country along with being an ‘artist in residence’ at Inkberrow design centre, Redditch. I’m super excited to announce that I’m writing a book this year too, so next year I can add Author to my lists of achievements! Like I said it been a quite an amazing journey which is only just getting started! 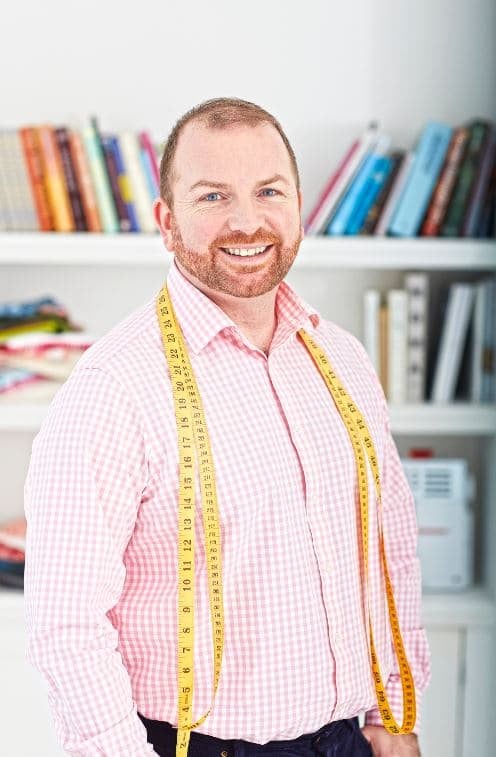 It doesn’t feel like I have sat still since the end of The Great British Sewing Bee, it’s been so busy. I have been involved in celebrity crafting collaborations, quilt designs, book-writing and workshops. I became the maverick on the programme which I think is fair as my approach is fun and fresh, being inclusive and achievable. Primarily I’m a quilt designer, maker and home décor expert with over twenty five years’ experience and hundreds of published patterns to my name.

I’ve been lucky enough to work with lots of magazines to help spread the word and my designs have been on the covers of many magazines including McCalls Quilting in the US and “Perfect Patchwork” in Germany, as well as featuring in “Simply Sewing”, Molly Makes”, “Sewing World” and many others. I’ve also written monthly columns on home décor and interiors trends for “Sew, Style and Home Magazine” in the UK and my “Scrap Attack” column in “Popular Patchwork Magazine” has been inspiring quilters to use up their scraps in fabulous designs for three years.  My agony column for the same magazine, “Stuart’s Surgery” offers words of wisdom to quilters on the knottiest of problems.

I am a teacher at heart and love the opportunity to educate so I’ve made many personal appearances, radio shows, teaching and lecture tours all take up a lot of time but I still manage to produce new designs every month.  I love being a regular presenter on Create and Craft TV, it’s such great fun and my knitting and sewing shows for both Coats, Rowan and AccuQuilt are always a mixture of fun, anecdotes, ideas, tips and tricks to help make every crafter feel like a pro!  I am now global ambassador for both HandiQuilter and Coats Crafts and UK ambassador for Bernina sewing machines. This means I am a regular fixture at major consumer and retailer events across the world. I am delighted that my first book, “Sew Fabulous” was published in August 2014 by Orion to rave reviews and has been both the number 1 bestselling sewing title in the UK and the number 1 fastest moving book on Amazon. My new book is a quilting title and will be out next year.

Jenni Taylor will be demonstrating at the Festival of Quilts, NEC, with Create and Craft from the 11th-14th August. PreviousBlue African Wax Prints
NextLook What They Made: Astrid in Batik Flowers Adire